What is the correct usage of Ad Params?

When building your campaign, check the box of Use ad params: 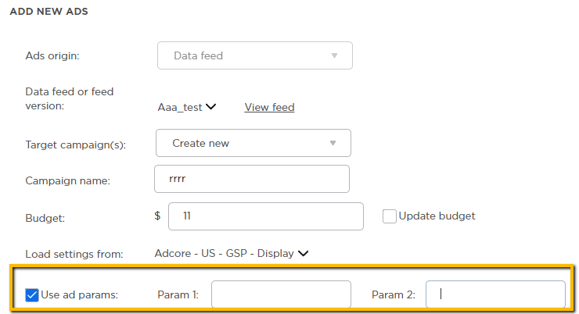 The value that can be defined as an ad param must be numerical or a combination of number and currency. Using ad params means that they will dynamically update in the ad, without creating a new one.

The correct format of ad params is {param1: }.

For example, we wish to use Price as ad param. Place it in the following way, with curly brackets:

When including the Ad Param in the Ad itself, insert it in the following way of {param1: }:

NOTE: The wrong way of using ad params would be to include the {Price} as ad param and also as a dynamic value in your ad, such as: 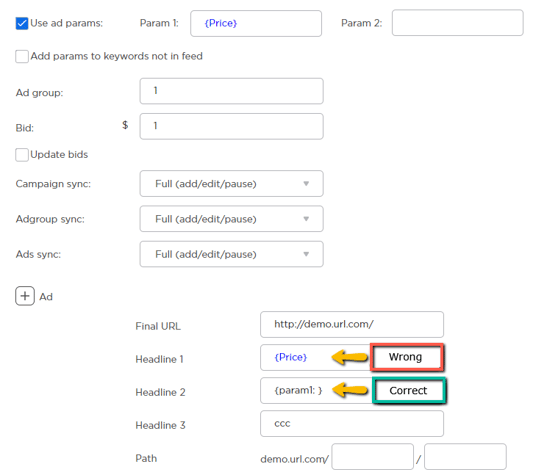 FYI: If you want to use params for Microsoft bing, you should write it this way>